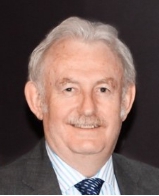 KENNETH T.V. GRATTAN received the B.Sc. (Hons.) degree in physics in 1974 and the Ph.D. degree from Queen’s University, Belfast, UK in 1978 and the D.Sc. degree from City University in 1992 for his work in sensor systems. In 1978, he became a Research Fellow at the Imperial College of Science and Technology. In 1983, he joined City, University of London as a “new blood” Lecturer in physics, where he appointed as a Professor of Measurement and Instrumentation in 1991 and the Head of the Department of Electrical, Electronic and Information Engineering. From 2001 to 2008, he was the Associate Dean and then the Deputy Dean of the School of Engineering and from 2008 to 2012, he was the first Conjoint Dean of the School of Engineering and Mathematical Sciences and the School of Informatics. In 2013, he was appointed as the Inaugural Dean of the City Graduate School. He was appointed as a George Daniels Professor of Scientific Instrumentation in 2013 and to the Royal Academy of Engineering Research Chair in 2014.

Prof Grattan is extensively involved with the work of the professional bodies having been Chairman of the Science, Education and Technology of the Institution of Electrical Engineers (now IET) and the Applied Optics Division, Institute of Physics and was the President of the Institute of Measurement and Control during 2000. He was elected as the President of the International Measurement Confederation in 2014, serving from 2015 to 2018. He was elected to the Royal Academy of Engineering, the U.K. National Academy of Engineering, in 2008 and received the national honour of Officer of the Order of the British Empire (OBE) in 2018 from Her Majesty the Queen.