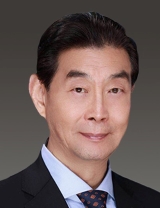 In the past four decades, He has made outstanding contributions to helping build China Instrument and Control Society into a first-class society of science and technology and expand its scope of activities. When leading the Secretariat of the Society, he has made ceaseless efforts to enhance organizational building while improving membership management and service system; encourage experts to provide strategy advice; engage in international mutual recognition of professional & technical titles; organize academic exchanges and promote science education activities; host exhibitions and events to strengthen the competency of the CIS; integrate resources of the CIS and serve the development of science and technology and industry. Especially in the CIS reform, he creatively proposed plans to establish the regional alliance of the CIS, integrate the superior resources of the CIS and build 16 service platforms for enterprises and industries, so as to gain great social and financial benefits for development of the CIS.